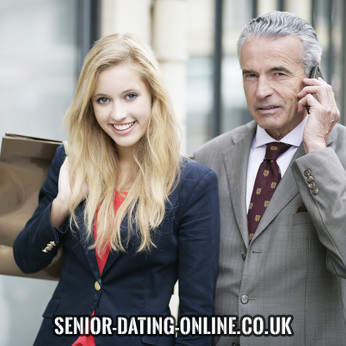 If you go out in the posher parts of London or Paris nowadays, you will notice how many young women are in company of significantly older men. Most of these women are remarkably beautiful, too. What makes these gorgeous, young women go for a man who could easily be their dad? As a matter of fact, age gap dating isn’t a new thing, but it’s more visible than it used to be. To understand what’s going on in the urban dating scene, let’s start from the beginning…

What is age gap dating?

Simply put, age gap dating refers to women who date older men. In this case older often means that the man is 10-20 years older. So for a woman in her late twenties, her partner is indeed often around the same age as her dad or only slightly younger. Many people are put off or at least irritated when they hear about this for the first time. However, in most cases there is nothing weird about the age gap relationship these women engage in. Dating older men does not automatically suggest that someone has daddy issues. In fact, women who are in an age gap relationship are often more aware of what they want from a man.

Age gap dating has been around forever. In the past, women often chose to date men who could evaluate their own social standing or support them financially. Obviously modern women in London or Paris do not depend on a mature man to take care of them any longer. Most of them have a good education and decent enough jobs to be financially independent. So why are these stunning young women dating older guys? What makes them ignore the age difference when choosiung their partners? Consider this:

The most common reasons for age gap dating

As you see, there are various reasons for age gap dating. As women are more independent than ever and confident in making their own decisions despite societal pressures, it will only become more normal to see age gap couples in major cities.